With changing consumer preferences, have you ever tried a 3D advertising strategy? If yes, how were the results? If not, this piece of rich content is for you. Whether you are a big brand or a small label just starting out, it’s evident that the world of marketing is ridiculously unpredictable. Added to this dynamism are the consumers, technologies that change in a whish.

There is no such perfect cookie-cutter recipe for success in the marketing realm. While it’s hard, there are some things like understanding your consumer preferences that your brand can use to improve its success levels.  Therefore, this blog is an abridgment of our vast experience with consumers, brands, and 3D marketing campaigns. Dive in and boost your marketing efforts.

In this blog, discover the following:

Why consumers’ preferences and 3D advertising go together?

‘Apparently, images are dead…’ is one popular caption in one of Instagram’s most popular reels. While this has many viewpoints and can be understood differently in various contexts, the core essence remains the same. The bombardment of social media and the internet in the early years of the 21st century has desensitized the audience to a larger extent.

At this time of staleness, came the 3D advertising breathing fresh air into the minds of the target audience, allowing them to expand their imaginations of its possibilities. Not only is its novelty, but buyers are also curious about how brands will incorporate 3D marketing strategy into their identities.

Another change in consumer preferences was brought about by the pandemic. The actions taken to control the health crisis created a new hybrid way of living. Previously buyers were largely dependent on stores and clerks to choose and shop from. Not both offline and online support are taken into consideration during the buying process.

Taking into account these changes, dependency on humans will continue to decline. The consequences are that customers are more than in need of bonding and active interaction. In addition, AI devices like Siri and Alexa have left them more starved.

The remedy for this is to include interactivity features like VR or add 3D virtual influencers who could bring forward stories and not just the product’s features.

As aforementioned, the average screen time has increased by many folds all over the world due to the pandemic. This change brought by it is going to stay for a long time, partly due to its convenience of it, and preparations for the future.

Brands to form a genuine bond in this screen era, have to think beyond the conventional marketing methods. In line with the changing consumer preferences, brands can humanize the screens with 3D. Latest technologies like AR, VR, and virtual avatars pour more connectivity and interaction, directly from the mobile and computer screens.

Resonance is the Swag

One more reason why brands need a 3D marketing strategy is due to the resonance with the buyers. They are more confident when the brand reflects some part of themselves. This can be usually carried out by including culture and customs in advertisements and promotions.

But to localize the campaigns with the existing 2D marketing tools is difficult. With 3D’s advanced features, one can easily add and alter any cultural elements to the liking of various audiences.

Consumption is not all

Since the birth of the new generation, consumption is now becoming a broader term in terms of its meaning. As people look more inward, trying to find their self-purpose, they expect and impose the same on their purchases. Consumption has become a way to discover what exactly they are and what they want to do with life.

3D marketing campaigns like AR filters, VR tours, and try-on provide the user with a wide range of choices. Through which one can really understand their likings, preferences, what excited them and so on. One can say that consumption is not all anymore. There’s a philosophical element to it.

Finally, 3D is the path to the rising rage of the metaverse. To not be left out by trends and technologies, brands have to try out their compatibility and future promotional prospects in the metaverse. And 3D marketing ads act as a perfect testbed before launching grandly in the virtual world. 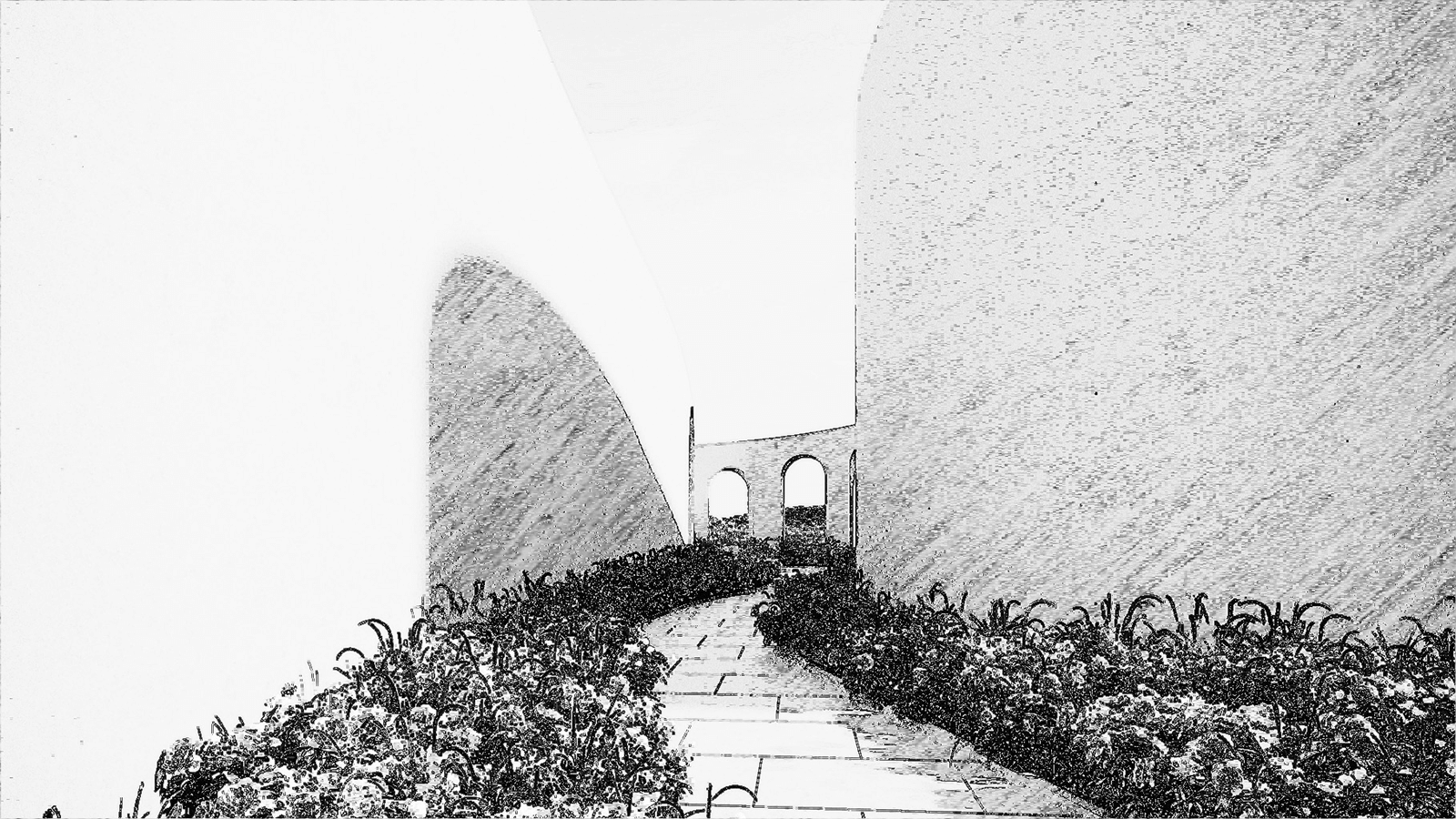 As consumer preferences move in a new direction, brands ought to follow them to maintain their loyal base.

Must’s of a 3D marketing campaign

Many brands are quite addled about what are the must-have components of a 3D marketing campaign as very little is known about it due to its novelty. After analyzing our consumer preferences, new trends in tech, and content, we’ve put together 5 key qualities of a fulfilled 3D promotion.

A concept is like a heart to a 3D campaign just as it’s for us humans. Therefore, every campaign must begin with a solid concept in mind. A concept can have various meanings and goals. They can be the information brand wants to put forward to its customers, a new theme according to changing customers’ preferences, or a simple iteration of its legacy.

Despite these differences, every concept must be enough malleable to be converted into an interesting story that customers would connect to. To find out the best concept for a brand, it’s always advisable to understand what its values, mission, and visions are. They serve as good starting points to weave a wonderful concept.

Another key must-have for a 3D marketing strategy is the defined quality. There are still doubts circulating among consumers regarding 3D as it’s still in its development. Nevertheless, today’s 3D imagery boasts the highest quality man has ever seen.

After deciding on the concept, one must decide on the level of quality that suits the campaign. With existing technology, brands can create 3D promotional materials whose quality range from 2K to 12K.

The compatibility of a 3D marketing strategy is pondering two things- culture and devices. The concept is usually decided at the beginning of the campaign but enough care must be taken to use it in various cultural and background contexts. They should be enough compatible with local beliefs and values.

Next comes the device compatibility of 3D content. Consequently, most of them are created on computers which are more powerful in terms of graphics and processing than the devices consumers usually possess. Therefore, brands should be careful during the production process and check the content capability with various electronic screens.

3D visuals come in different shapes and forms – AR filers, VR tours, interactive, non-interactive, and so on. In line with the brand’s goals, one can decide if the interactivity feature is to be included in the campaign and its extent.

Some instances of interactive 3D marketing strategy can include games and quizzes about the brands, in the case of fashion, users to choose their own avatar and style. For non-interactive campaigns, brands can use 3D visualizations and non-immersive simulations.

The 3D marketing strategy is designed in such a way that it fulfills the brand’s various purposes of promotions. Above all, the content should be enough fluid to be converted into static images, animations, and filters. This not only maximized the output from the campaign but also helps everything align together in perfect harmony.

A successful 3D marketing strategy should include a concept, quality, compatibility, interactivity and divergence.

What elements can brands add to their 3D strategies?

These are the spaces that are created using specialized computer software and involve a lot of problem-solving. This is because these are so realistic that it’s very hard that even the critical eye to differentiate between the real and imagery created in virtual spaces. Like any other digitalization, these spaces offer a wide range of advantages like flexibility and limitless imagination.

In a world that changes in the blink of an eye, speed is one important factor that decides the fate of brands. All in all, virtual spaces are the perfect remedy for this as anything can be created within a short span of time. It can be a replication of a real space or a world from the deep reserves of the human subconscious mind.

Born out of consumer preferences to communicate and represent themselves, 3D influences are increasingly becoming a part of 3D marketing strategy. These fictional characters, perfect for advertising, are similar to real-life influencers except they are virtual and non-existent. Controlled by humans, they serve as the perfect ambassadors for brands as they are scandal-free, cannot act on their own, and are available 24/7.

To better form the bonds between the customers and the brands, some influencers are being enhanced with artificial intelligence (AI). One such animated 3D avatar is Yumi by SK-II luxury brand which can moderate its responses based on the tone of the buyer.

One more 3D element that can be added to a brand’s marketing strategy is a virtual reality tour. With interactive headsets, customers can be allowed to wander into the brand’s space of promotions. They can be transported into a new world, where companies can show themselves in a new light. Everything from the convenience of the audience’s own places.

Also, small games and quizzes can be added to the VR tours of virtual stores or new spaces to better engage the audience. VR tours are here to stay as many experts predict the increased inclination of customers’ preferences towards perceptive technologies.

Popularised by Snapchat, AR filters are more appealing to the latest generation of consumers, Gen Z. These 3D filters will overlap augmented content into real life, allowing buyers to experience something that’s not already in physical form. For instance, many brands now offer try-on where users can try on the product before buying. Basically, this try-on is a result of innovation with augmented reality.

Choose your Strategy and Dive in

Altogether, it’s about time to strongly take in consumer preferences and alter your brand’s marketing strategy. With the advanced technology comes many benefits of limitless creativity, multi-purpose and multicultural content. To truly embrace the changes and be prepared for the future, adopting 3D is one of the keys. Contact us today to get your tailor-made 3D marketing strategy.

For project inquiries e-mail us at  [email protected]

For press inquiries e-mail us at [email protected] 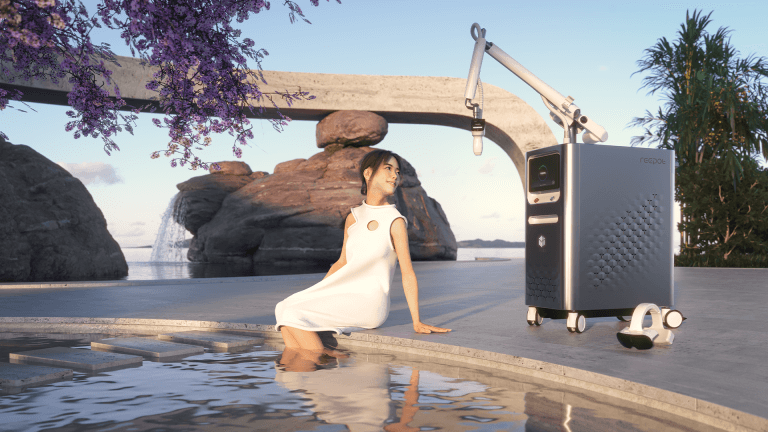 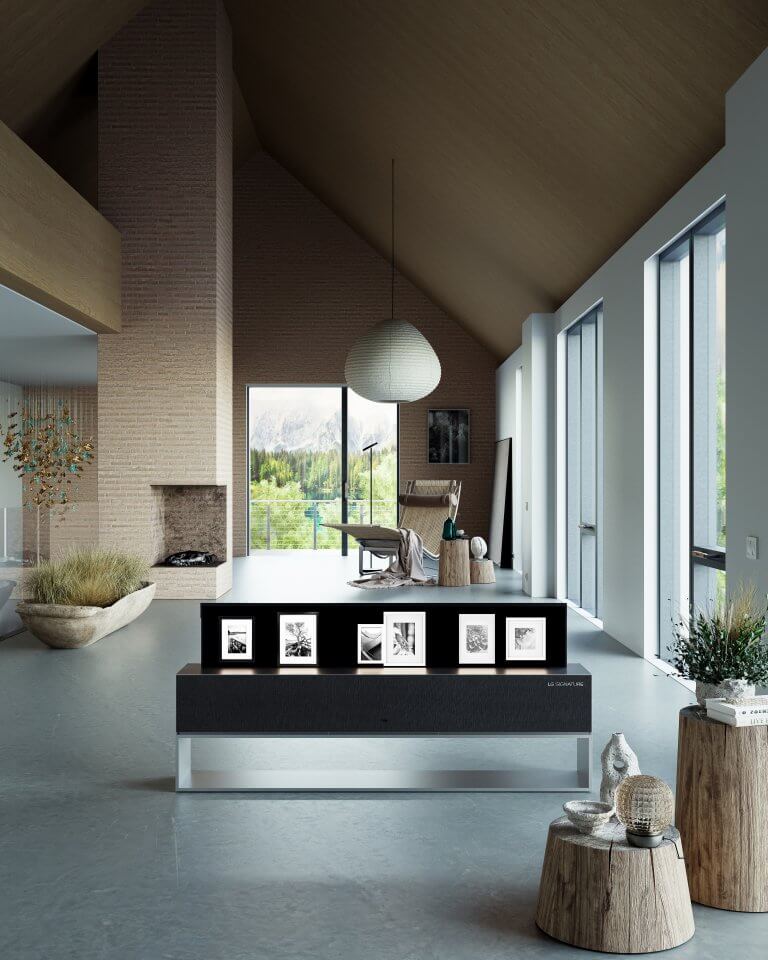